Welcome to the Written World of David Pierson

David Pierson is the author of three popular books, Bayou Da Vinci, And Lead Us Not and, most recently, The Epiphany of Grace. David Pierson was a resident of New Orleans and a professional writer who published more than two million words.

David started as a reporter for a weekly newspaper and moved on to become editor for numerous business publications. For ten years he wrote, edited and published Child Care Review, a national publication for child care center owners and directors, and served as ghost writer and editor for others in the non-fiction field.

He was experienced in research, both scholarly and investigative, and his surveys and findings have been referenced not just in national publications but also in The Congressional Record. He also sold a screenplay, Eliminating Deadwood, and a three-act comedy, The Resurrection Man. Finally, he decided to move away from the business publication field because he wanted to devote more time to his true passion, writing. So David returned to the classroom.

David was an experienced public speaker and was interviewed numerous times on television, radio and newspaper. He spoke nationally in many different venues. As a teacher, he was always on stage, and his students will tell you what they like best about his classes was his story-telling.

My whole writing career has been guided by a promise I made to my mother. Let me explain: 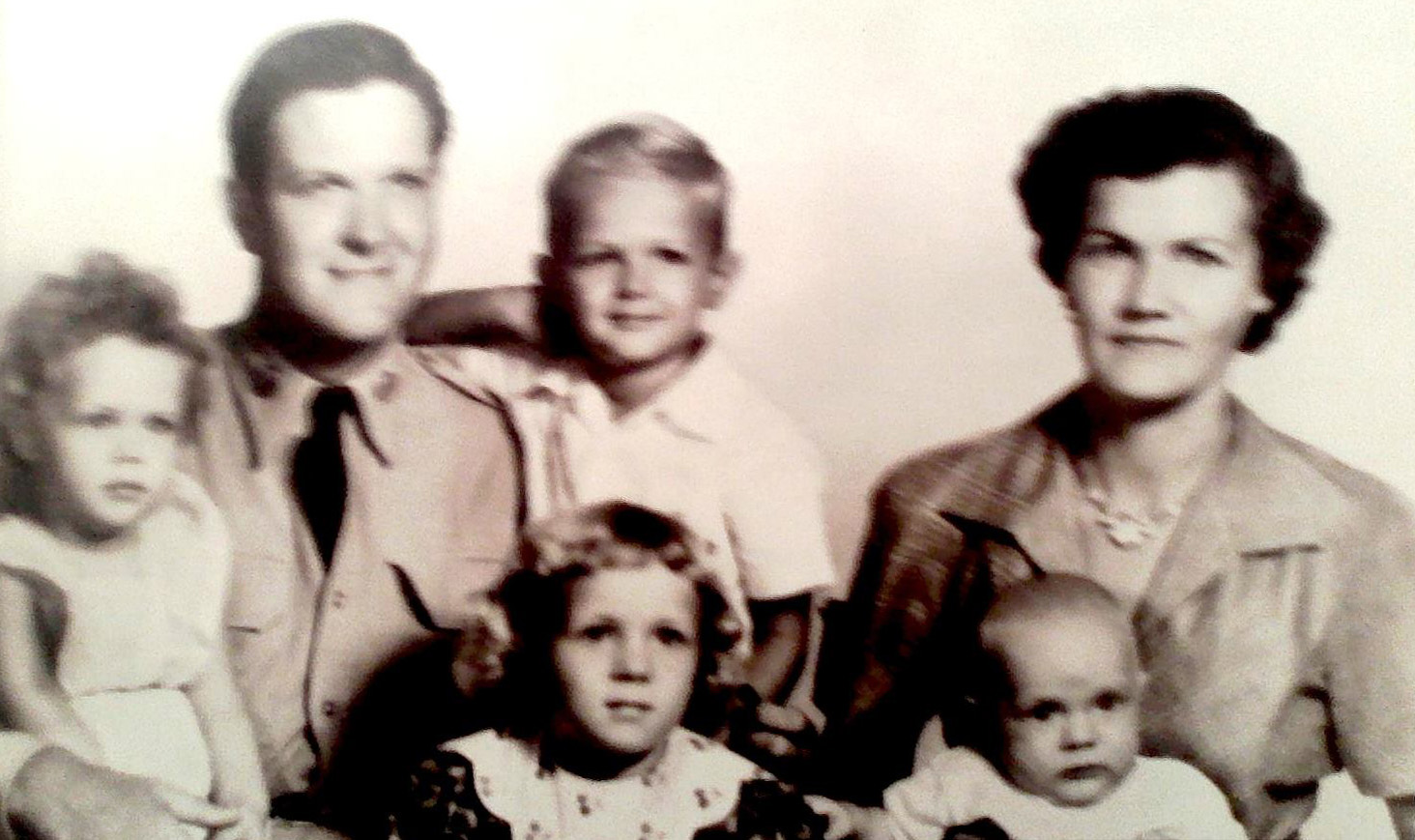 When my father grew tired of my mother after thirteen years of marriage, he left her to raise four kids on her own. There were no laws at the time to protect against gender discrimination, to assure that a woman earn equal pay for equal work.

So, my mother — even though she was the only one of nine children in her family to graduate from high school — ended up having to work six days a week in a clothing department store to make only forty percent of what men in the store earned. 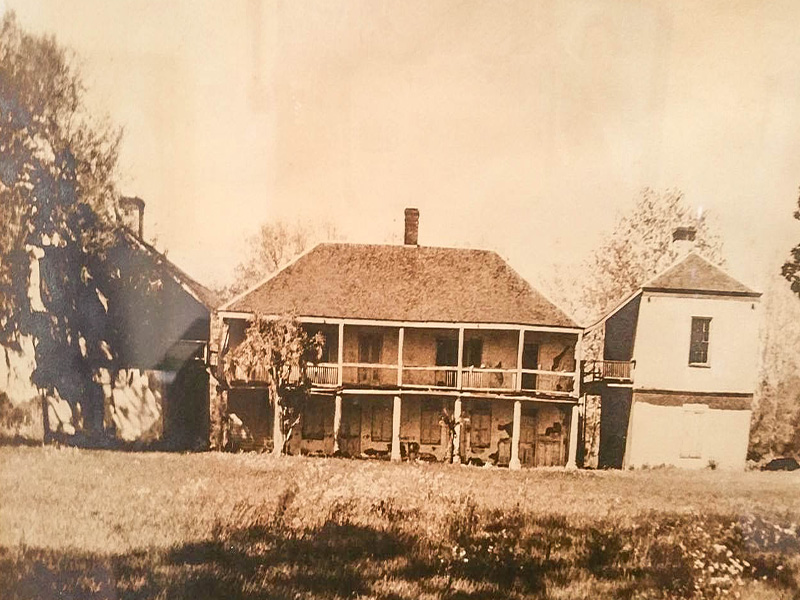 As a result, we lived far, far below the poverty line. And my mother — because of that, because she could provide little more than a plate of buttered rice for each of her kids, because also my father had left her for another woman and because she was a devout Catholic but felt she had also been abandoned by the Church for having agreed to a divorce — suffered from what she called despondency but which was really a deep, deep depression.

And I, as her twelve-year-old son, her oldest child, was the only one she felt she could confide in.

Our special time was at night, after supper — when we had finished the dishes, when my sisters and brother were doing their homework and Mom had finished washing the clothes. 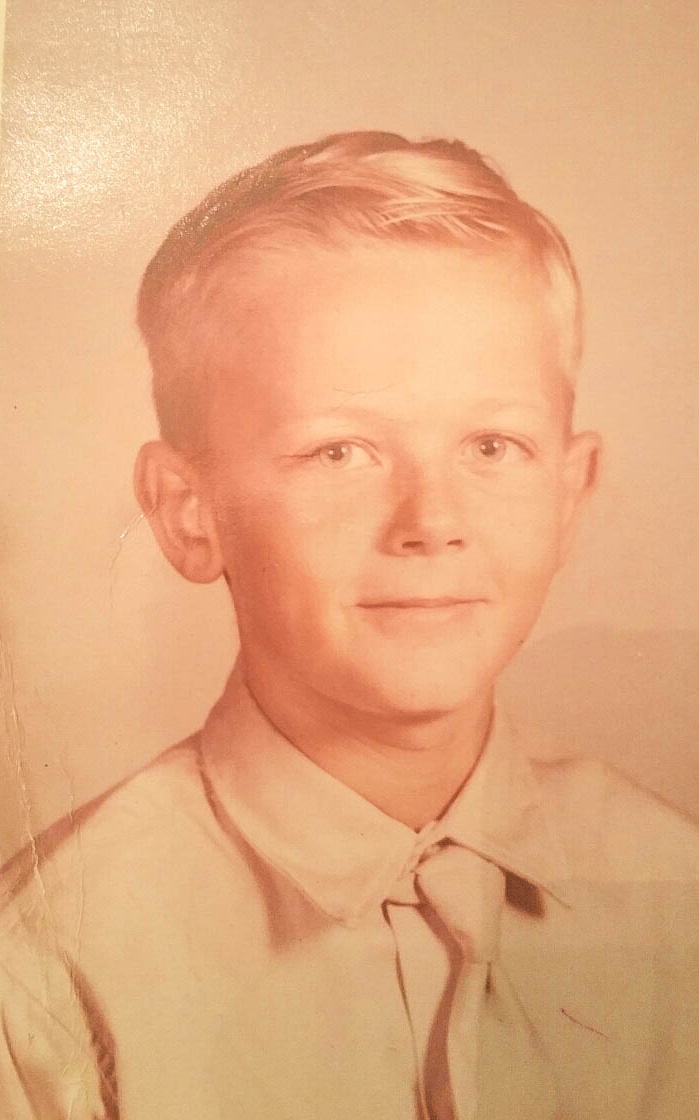 She had to wash laundry every night, you see, because each of us had only one change of clothes. And, since she had to be at work very early in the morning, she hung out the wash on the clothesline at night. And being a woman, outside at night, she wanted me there with her.

So, I used to hang up the socks and wash cloths and the towels. And we would talk about things. Oh, we used to talk.

And then came the night when Mom did something I will never forget. We carried out the laundry, the two of us, set down the basket under the clothesline. She straightened up, looked at me, standing there, between her and the house. And, with the light coming from the kitchen window behind me, she smiled and said, “But soft! What light from yonder window breaks? It is the east, and David is my son.”

Then she started singing. “You are my sunshine, my only sunshine. You make me happy when skies are gray. You never know, dear, how much I love you. Please don’t take my sunshine away.”

Like I said, it was night. All you could hear were the crickets. The stars were out, but the moon was just a fingernail in the sky.

Anyway, anyway, I could feel the darkness in my mother’s soul, the heavy weight she had to carry, and I wanted her to know it wasn’t for nothing, that something good would come from all this, so I said, “Mama, what if I told you I’m going to be famous one day?” 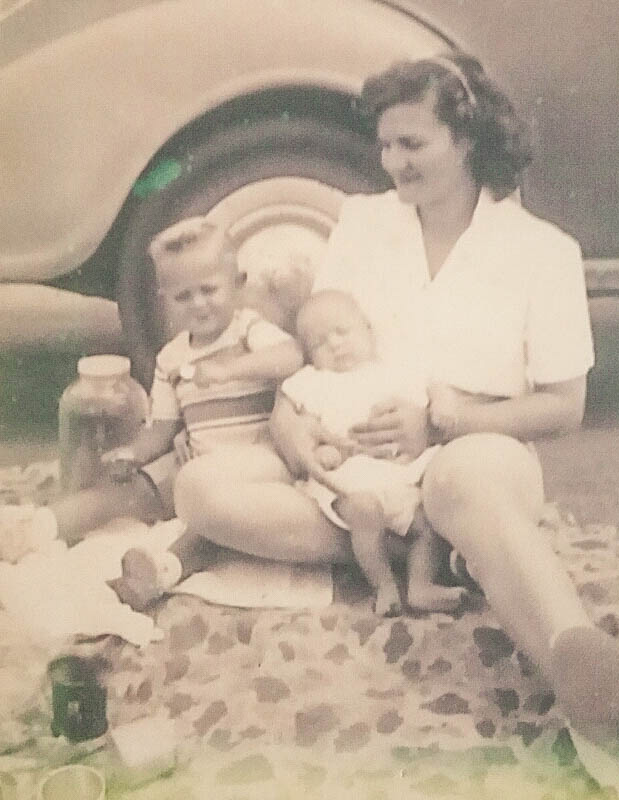 Mom was unimpressed. “Why do you want to be famous?”

“Will you remember me?” she asked.

She shook out one of my sister’s blouses. “Then that’s all that matters, isn’t it?”

“But, Mama, don’t you want the world to remember you, I mean, after you’re gone?”

And she said, “I don’t see where it matters what the world thinks of me after I’m dead.”

“Oh, but it does, Mama. It does. I want to be famous even after I’m dead! I want the whole world to remember me and not think I was nothing.”

Mom shook out the folds in my other sister’s blouse. “Is that what you think about people who aren’t famous? They’re nothing?”

Of course, that’s what I thought. But I knew better than to say that to Mom. 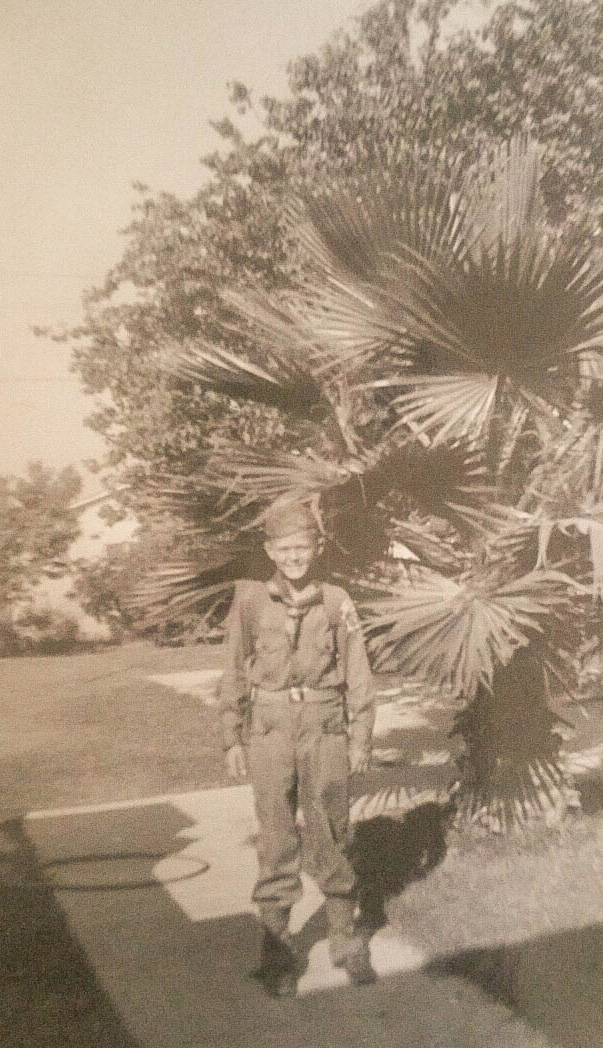 And she, reading my mind, went on, “If your brother and sisters aren’t famous, does that mean they’re nothing. And what about me? I suppose in your book you think I’m nothing, too?”

Mom didn’t know I was writing a book. No one knew. I kept that hidden from everyone. But she said it! She said “in my book.”

With her, it was just a phrase she used, but, all the same, it caught me off guard.

And Mom, not knowing she had said the magic words, continued questioning me. “Is that how you really feel? That a person is nothing unless he’s famous?”

And then I came out with it. I said, “Not with you, Mama, and you know why? Because I’m going to make you famous.”

I don’t remember if my mother said anything, but I went on to tell her about the book I was writing.

And she looked at me from over the clothesline; and, after I had unfolded for her my long, long story about little Tommy Shoup, she told me, “I’ve always said you had a good imagination.” 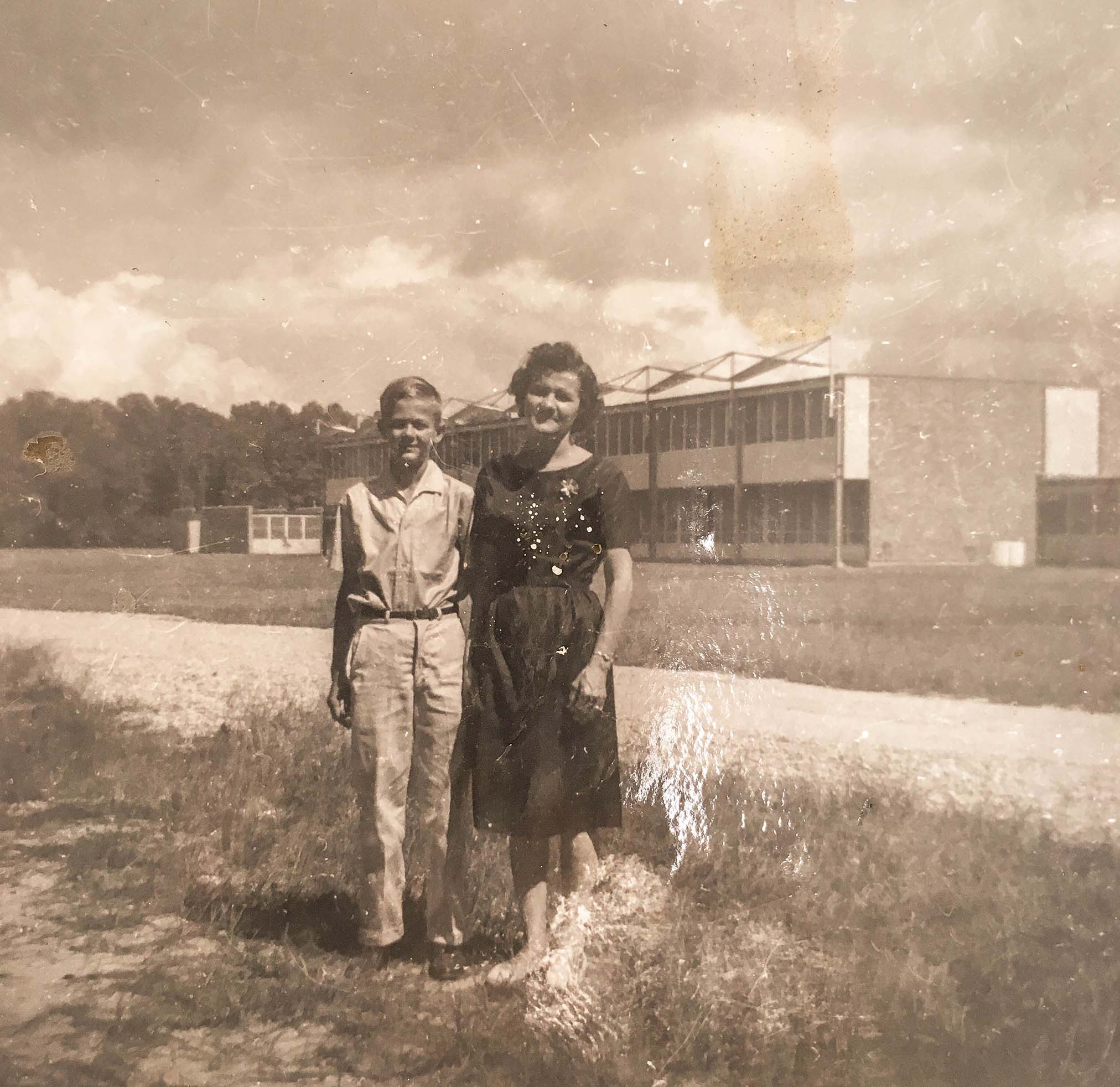 And my mother, smiling at me, asked, “And this book, how is it going to make me famous?”

I thought my dedication would floor her, a temple of words etched eternally in a book that would last forever, but Mom brushed it away like it was a fly. She didn’t need me to dedicate a book to her, she said.

But I insisted the book was real and so was the dedication.

Mom smiled at me. “There’s a mark on you, David. God’s made a mark on you right here.” And she pressed her thumb on my forehead. “I don’t know what it is, but there’s something you’re supposed to do with your life, and I don’t think it matters one bit if you become famous or not along the way.”

Then I pressed my thumb to my forehead where she had just pressed her thumb, and I said, “It’s like God thumb-printed me, Mama, as I rolled by on the assembly line. It’s like he said, ‘This one’s going to be the greatest writer who ever lived!” 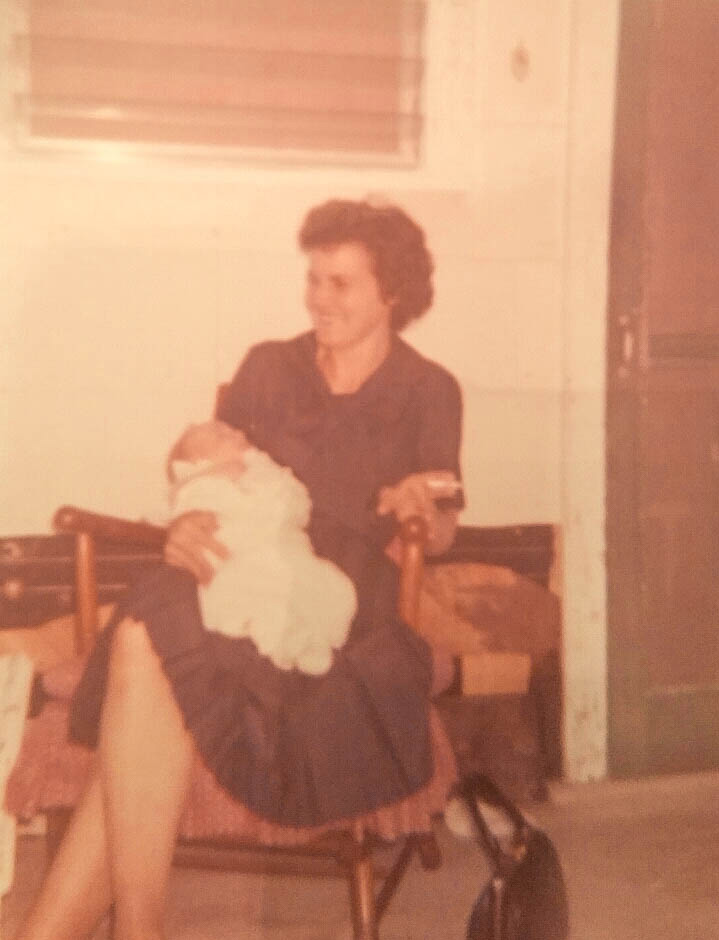 Mom was in the shadows to me, but I, filled with the moment, feeling the rush in me like it was high tide in my soul, looked up at the stars and spread out my arms like I was going to take in the whole universe.

And that’s when I said to her, “Shakespeare’s the greatest writer up until me, but I’m going to pass him up because I’ve got more stories than he ever dreamed of.”

Mom had picked up my brother’s shirt to hang it on the line, but, when I said the word Shakespeare, she let it drop back in the basket and stared at me. “What do you know about shakespeare?” she asked.

“Isn’t he the greatest writer who ever lived?”

“But how do you know about him? From your teacher?”

That astonished Mom all the more; for, when I said Shakespeare to her, it was like I had been imbued. She must have been asking herself how could her twelve-year-old boy come into possession of knowledge that there was a greatest writer who ever lived and that his name must therefore be Shakespeare?

And me? I was on air, for I had accomplished, albeit accidentally, my goal of actually being a ray of sunshine in the dark, dark world of my mother.

At that moment I felt at one with the infinite. The stars, so far away, looked to me like nothing more than little pennies at the bottom of a pool and all I had to do was reach up and grab them. There was nothing I couldn’t do.

Then I told Mom what my reading teacher had told us in school. “Mrs. Duhe says the world never appreciates its writers until they’re gone. She says most of the great writers were poor.” And I told Mom what we had learned in class, that Edgar Allan Poe died in a gutter and that the man who wrote Don Quixote was also poor.

“That’s why people don’t write,” I explained to Mom. “Mrs. Duhe tells us there’s not much money in it.

“So, what’s that tell me, Mama? I look at our house, our shack sweet shack, with its leaky roof and stinky smell and its creaky floor. Then I look at us. We don’t have any money, but we’re doing okay. And that gets me to thinking: I can be the greatest writer who ever lived. After all, what have I got to lose? We’re already poor.”

I felt the muscles on my face harden in defiance against the folly of the world. “You want to know the truth, Mama? I’m glad we’re poor. I’m glad because, if nothing else, it’s taught me that money’s just not that important.

Mom repeated that I didn’t have to dedicate a book to her, that she knew I loved her. She hugged me and kissed me on the forehead. Then she picked up the empty basket and went back inside.

And I, following her, gazed up one last time at the millions and millions of stars that had been watching Mom and me.

I didn’t dedicate either Bayou Da Vinci or And Lead Us Not to my mother because, even though lots and lots of people are reading me now, those words are in a cloud somewhere. They’re on the internet — not actually in print, not in a printed, published book like what I promised my mother.

And that’s why, even after three pillow cases of rejection letters and maybe even more metaphysical pillow cases filled with e-mail rejections, I am still driven to write down my stories even though I should have given up long, long ago.